Students of the Faculty of Pharmacy set up a breast cancer awareness campaign in Riyadh Colleges of Dentistry and Pharmacy dubbed “I am Pink, I Can NEVER GIVE UP”. The campaign was an event to mark the International Day for Breast Cancer and to enhance awareness regarding the disease among the female constituents of the College. It was held at the ground floor of South Building, Namouthajiyah campus, King Fahad Road, on October 22, 2015. 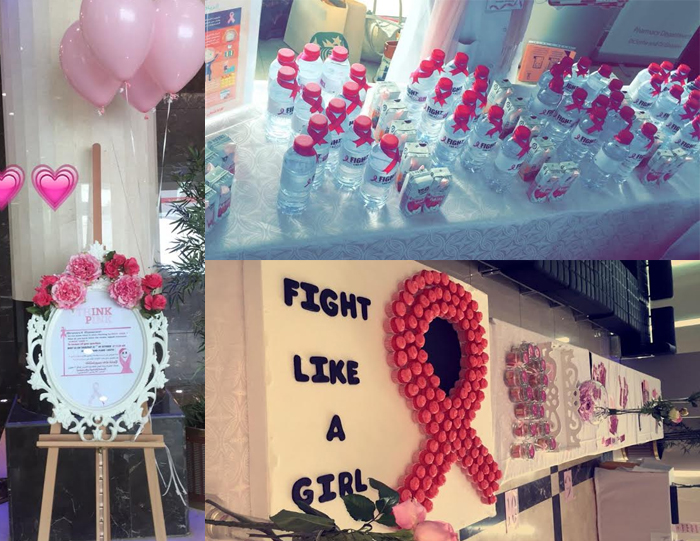 This activity was organized by students of the College of Pharmacy, mostly from Level 7 and some from Level 9, under the supervision of Ms. Ghadir Ali Kuffairy.

The campaign was carried out through the following booths:

The students are grateful to Zahra Association for providing them with educational and awareness-raising brochures and the campaign slogan.