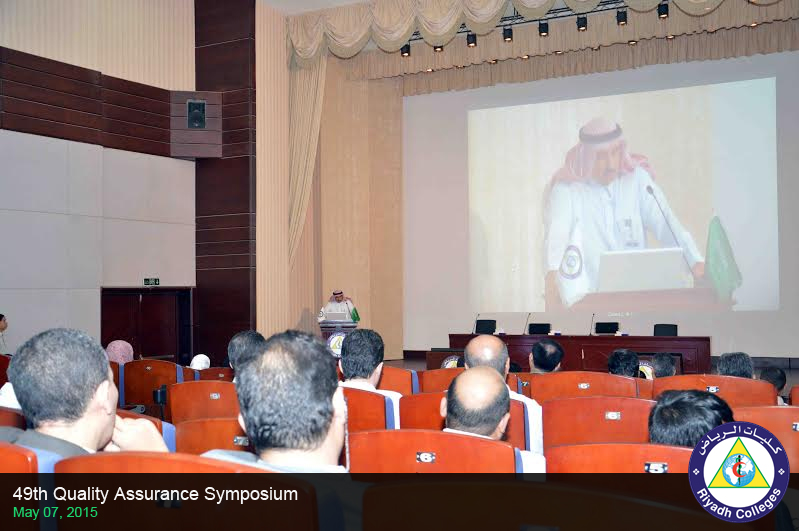 The 49th Quality Assurance Symposium was held last May 7, 2015 in the Theater Hall of the An Namuthajiyah campus of the Riyadh Colleges of Dentistry and Pharmacy. The achievements to date and the plans relative to community projects under the Quality Assurance Internship Training Program and the progress reports of the research groups organized by the College Research Center were the main fare for this symposium.
Dr. Shahzeb Ansari Community Projects Director, updated the assembly on the number of projects completed during Academic Year 2014-15; the three types of projects (school-based, other fields and e-videos); the number of faculty involved in each type; the population served; the number of videos produced and the number uploaded in You Tube. He also named the schools where the projects were conducted and the number of children who participated.
Dr. Mohammed Abdul Baseer, Faculty Ambassador of Community Projects Committee, explained the four equally-weighted criteria (impact, craftsmanship, content and scope and conformity with the guidelines) used to evaluate and select the video projects for You Tube uploading. He presented five videos which have been considered for this. He discussed the results of the Pre and Post Survey Questionnaires used in school projects and reported the remarkable outcome in the different categories related to dental knowledge. 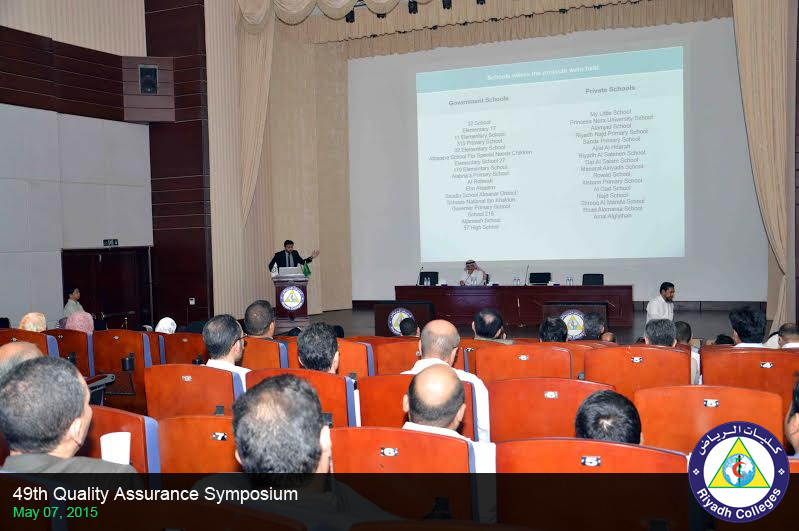 Dr. Lilibeth L. Gaffud, Quality Assurance Internship Training Program Office Director, General Coordinator of the Internship Training Program and Team Leader of the Community Projects Committee together with Dr. Abdulrahman Al Saffan, Faculty Ambassador, Community Projects Committee, discussed the e-book on community projects which will soon be launched and officially uploaded in the College website. This e-book will contain live messages from the Rector, Prof. Abdullah Al Shammery; Dean Saleh Al Al Shamrani; Dean Jamal Al Sanea; Dean Mansour Assery; Dean Kais Al Obaidy; Director Dr. Abdulazziz Al Shammery of the King Salman Center for Children’s Health, Dr. Ansari; Dr. Gaffud; and Dr. Ghousia Rahman, representing the faculty ambassadors, Drs. Mohammed Abdul Baseer, Abdulrahman Al Saffan,Mohammed Rayes,Ghadeer Kuferi, Felwa Al Rasheed,Sasha Suliman, Ms. Sonya Rasheed and Ms. Marietta Sorbito.
It will also feature the Community Projects Committee, its members and support staff, its mission and goals, rules and guidelines, and a directory of all 128 community projects already undertaken by the College’s interns since 2013.
It is a detailed electronic book bearing the project title, registration and KSCCH numbers, names of the interns or students involved in the project; the faculty supervisor; the date when and the place where the project was conducted; the objectives of the project and a brief description of each project together with pictures and the number of children or the population served. The section on the e-videos show those which have been uploaded to You Tube after meeting the criteria and getting a rating of at least 75%. All videos have been rigorously and meticulously reviewed by the members of the Community Projects Committee. 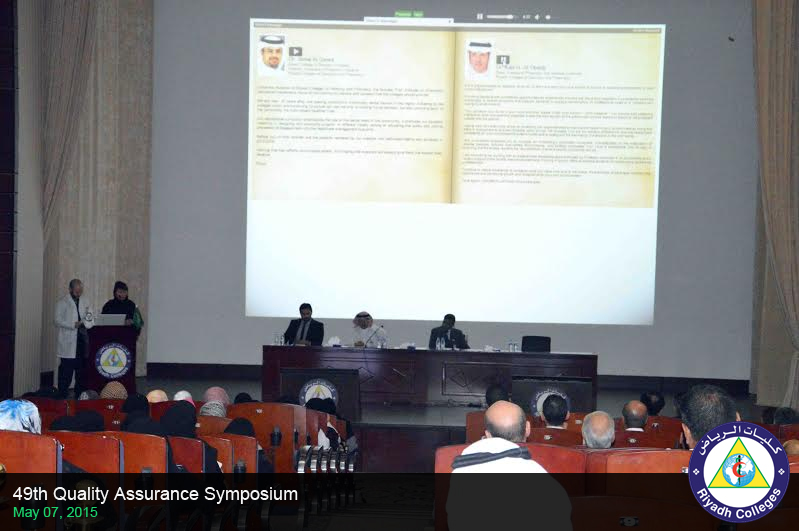 This is the second major achievement of the said committee. The first major achievement is the registration, reports and evaluation that were made available and accessible on line. The Community Project Activity of Riyadh Colleges of Dentistry and Pharmacy is spearheaded by the QA interns Training Program Office with the full support of King Salman Center for Children Health headed by Dr. Abdulaziz Al Shammery and the able assistance of Dr. Kamal Shikh.
Dr. Lilibeth Gaffud acknowledged all the staff who contributed to the success of the community projects including the IT Programmer Mr. Alwyn D’Souza, Webmaster Mr. Mc Alven Salas, Audio Visual Coordinator, Mr. Crisanto Valenzuela and Ms. Celeste Laungayan of the QA Office.
For the research group reports, Prof. Mohiddin Dimashkie, leader of Group 7 on Translational Research in Medicine and Dentistry male division gave a definition of translational research then spoke on the coverage of his group’s work; the 18 members of the group; the three meetings they have had so far; the 3 proposals that have been registered and the five others which are still in process.
Group 5 for Pharmaceuticals female division led by Dr. Kamilia Tawfik, reported on the SWOT analysis made by the group; the projects already completed; publications in international journal of their members’ papers; conferences attended and the very laudable performances of the pharmacy students at DUPHAT competitions and other conferences. The group plans to increase publications of their work; collaborate with the other research groups in RCsDP and external pharmaceutical entities; organize an R5 junior group composed of pharmacy students from Level 6 to Level 10; and to apply for KACST funding for their research.
Group 5 for OMF Surgery and Diagnostic Sciences female division led by Dr. Shereen Shoukry reported on the progress relative to the group’s two goals of listing researchable topics and obtaining research grants from RCsDP and from KACST. The group had subdivided themselves into smaller groups and appointed a consultant, editor and a secretary as well as a groupmonitor for each group. Each group has been tasked to come up with the list of topics according to their interests, experience and strengths. They have designed a logo for the group which will also be used by the junior group when organized. They also plan to approach KACST for funding. 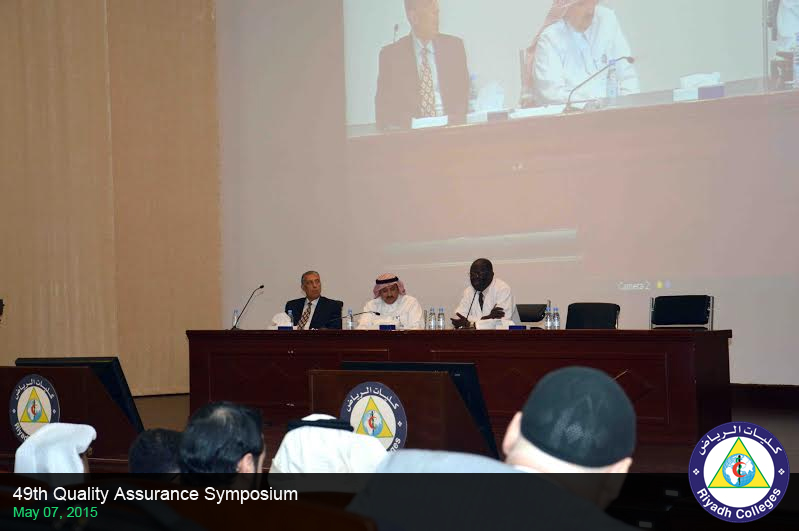