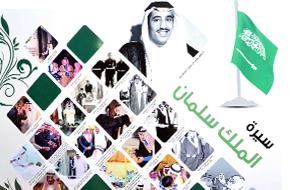 Riyadh Colleges of Dentistry and Pharmacy celebrated the Saudi National Day last Wednesday, October 7, 2015 at its An-Namouthijyadh campus. The Saudi National Day (Al-Yaoum Al-Watany) is usually celebrated in the Kingdom of Saudi Arabia every year on the 23rd of September but since it fell within the Hajj holidays, it had to be commemorated when classes had resumed in the College. The event, thus, also enabled the students to exchange Eid al-Adha greetings with one another in addition to celebrating the National Day.
(Saudi National Day commemorates the day when then King Abdulaziz announced the country as a kingdom on 23 September 1932.This year (2015) Kingdom of Saudi Arabia is celebrating its 85th Saudi National Day. Ever since that day there had been seven kings; the current one is King Salman.)

For the event, RCsDP students organized an exhibition that included booths showing the life of King Salman may God protect him; the achievements and words of then King Abdullah and His Royal Highness Prince Saud al-Faisal may God have mercy on them. There were also booths that presented the Two Holy Mosques and an explanation on the expansion of the Mosque in Mecca; the Zamazm project; the Metro Train Project that will connect by rail the cities of Riyadh, Jeddah, Mecca, and Medina; the Expansion projects in Al Medina; and thye renaissance of Saudi Arabia. One booth introduced the new application – Riyadh Directory. 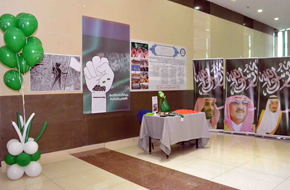 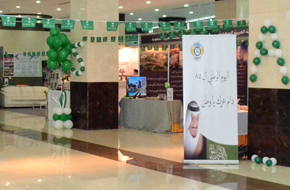 The exhibition also included a pavilion of the Supreme Commission for the Development of Riyadh City that featured a three-dimensional presentation for the train project (Metro) Riyadh. The Riyadh MetroTrain project is one of the current largest projects of the Kingdom it is expected to be completed in 2018 and the project of the King Abdullah Financial City. 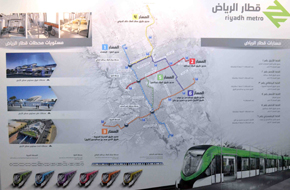