RCsDP faculty and students present poster at IADR 2017 in California,USA

Dr. Sherif M. Helal, Assistant Professor in the Preventive Department of Riyadh Colleges Dentistry and Pharmacy supervised a group of Level 12 female students who presented a poster at the 95th General Session & Exhibition of the International Association for Dental Research (IADR) which was held from March 22 to 25 this year. The students were Shaden Abdel Jabab, Rawan Melfi, Razan Al Auti, Munira Dawood, Mashael Albeairi and Hissah Aldhafyan.
The poster was on “Salivary Buffering Potentially of f-TCP Toothpaste in Saudi School Children”, Dr. Helal’s paper, which was one of the few researches which were officially accepted among the thousands which were submitted to this year’s IADR General Session. 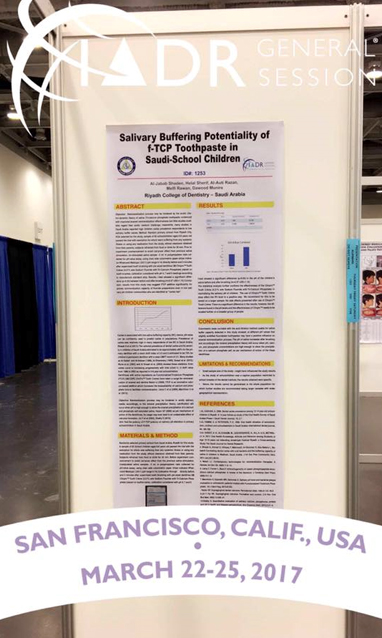 The 95th General Session & Exhibition of the IADR was held in conjunction with the 46th Annual Meeting of the AADR and the 41st Annual Meeting of the CADR at the Moscone West in San Francisco, California, USA.
In a related event, Dr. Sherif Helal received the Cariology Research Group Award for 2017 from Professor Alexandre Vieira, Director of Clinical Research, Department of Pediatric Dentistry-University of Pittsburg, USA. 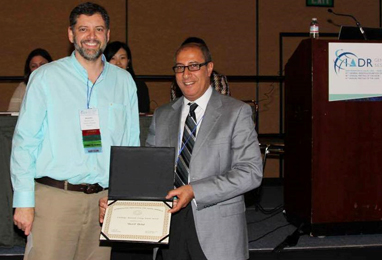