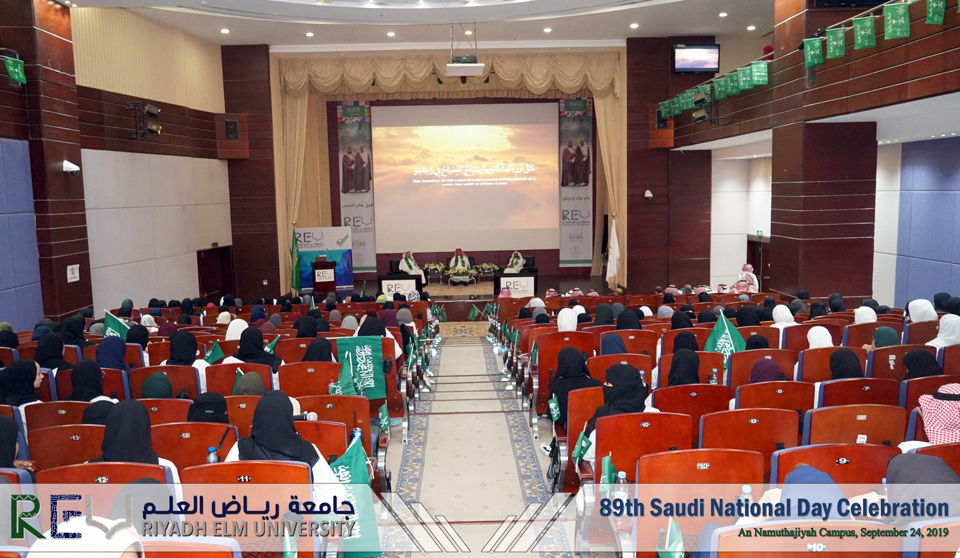 The celebrations were both headed by its Board of Trustees Chairman Prof. Abdullah Al Shammery with the support of his colleagues who were Dr. Saleh Al-Shamrani, the Rector, Dr. Mansour Assery, the Vice-Rector, colleges deans and vice deans, department heads, faculty members, university staffs and the students.

The goal of the said celebrations was to support the 2030 Vision among the students to show their commitment in achieving it and to develop as well the sense of their glorious past and bright present. 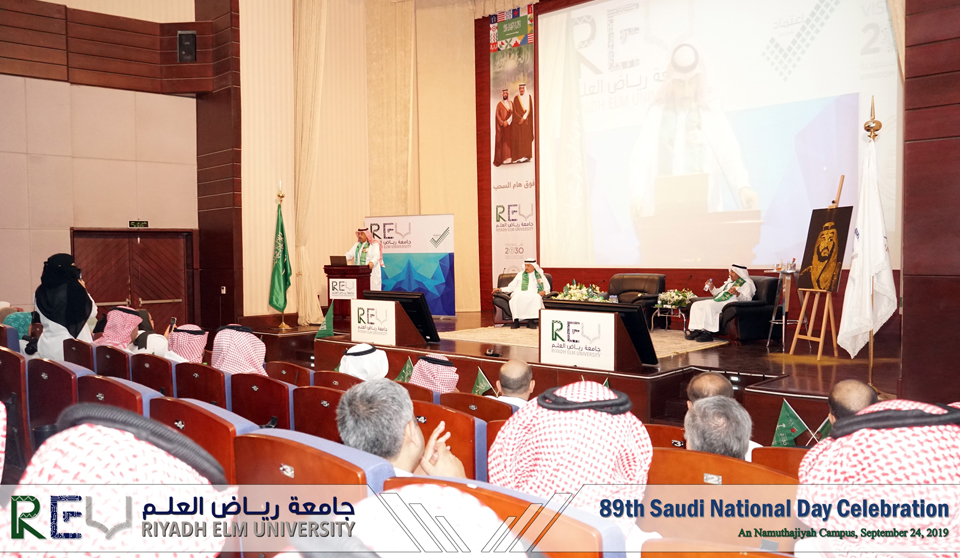 There were presentation of documentary video, national poem, live painting, art exhibition and traditional Saudi dance “Saudi Ardha” which were participated by the talented students and were organized by the club activity committee led by Dr. Sultan Al-Shammari, Dr. Asma Al Meslet and Ms. Jamila Alamri. These were all in line with the most important and famous sayings of the kings and highlight of the most important achievements of kings from the reign of King Abdulaziz to the present era of King Salman bin Abdulaziz Al Saud and crowned Prince Mohammad bin Salman bin Abdulaziz Al Saud. The celebrations also included competition of the best national written text, the best visual or short film, the most beautiful work of art such as drawing, photography and handicrafts and the best tweet about national day.