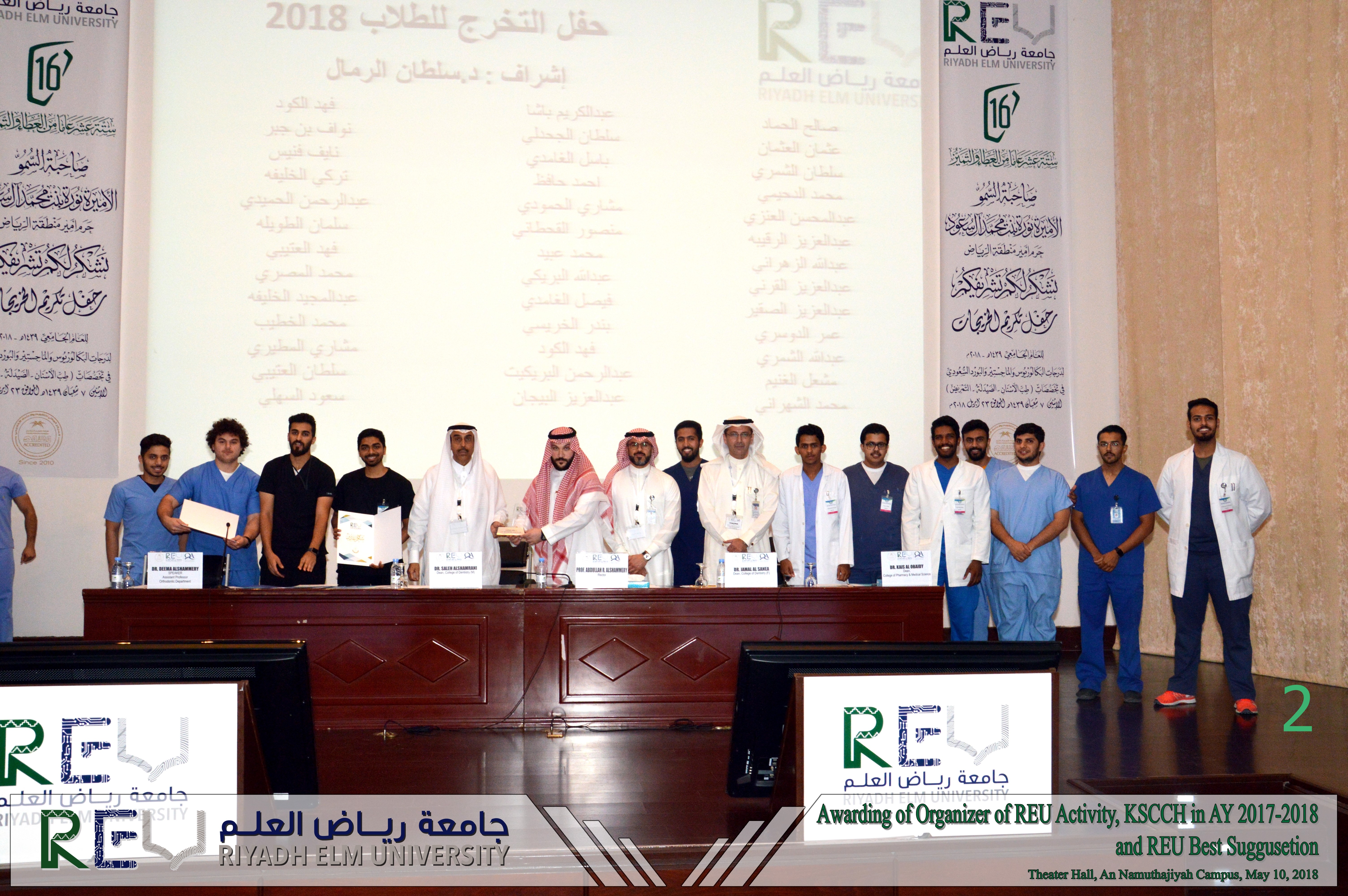 In the beginning of the symposium, the respected Rector, Prof. Abdullah Al Shammery warmly greeted everyone and expressed his overwhelming happiness for the success of the year’s graduation ceremony and the surprising large number of health specialists who came for the Health Career Day 2018. He thanked the whole preparation committee, especially Dr. Sultan Al Rimal and Dr. Sara Mubaraki for their valuable efforts done for such events.

Moreover, he mentioned about the positive feedback and acknowledgement from the honorable guest, Prince Faisal Bin Bandar Bin Abdulaziz Al Saud, Governor of Riyadh and by then, he asked to play the summary video of the graduation ceremony and the remarkable speech of the honorable prince.

Going right to the program, he gave the chance to the Director of the Quality Assurance (QA) Center, Prof. Mohammed Al Omari to give update of the QA on going activities through the summer period. So then, he cited their schedule and necessary related details which all the colleagues should know and must be concerned of and must comply with.

After the update from QA center, the respected Rector congratulated four of the colleagues who were promoted from lecturers to assistant professors. They are Dr. Deema AlShammery and Dr. Basil Al Amsi who received their promotions last four weeks ago, and Dr. Omar Al Ghadi and Dr. Sunil Babu who just received on that very day. He also mentioned that REU in the present week has received its official final license signed by Ministry of Education in which it is already recognized as four colleges (Dentistry, Pharmacy, Allied Medical and Nursing) and has already applied for another three which are colleges of Medicine, Computer Science and Business Management.

She concisely discussed but fruitfully explained the significance of rubric and why it should be used. Specifically, she highlighted that it is for more fair evaluation of students.

Later on, discussion and raising of questions and giving of answers of the faculty and other colleagues went on. Each and every one has contributed knowledgeably and productively.

Before the end of symposium, the awarding of organizers of REU and King Salman Center for Children’s Health (KSCCH) in academic year 2017-2018 and REU best suggestion was presented and headed by the QA Vice-Director, Dr. Abdulaziz Al Shammery.